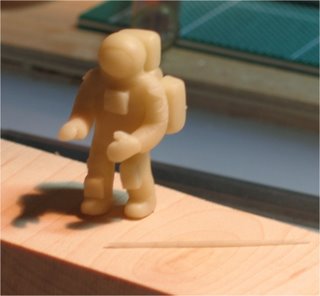 Bags on legs were molded, but they were too big.
Camera holder on chest was installed. 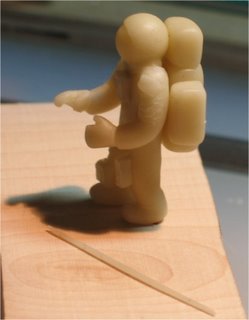 I resize the legs bags and put some pockets on both shoulders. 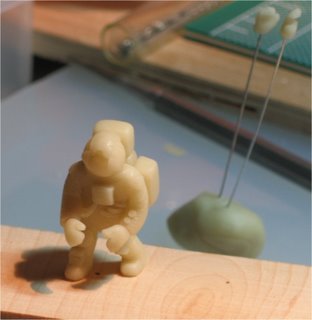 Cooking time: Another set of hands was molded, even thought they were not as expected. I still don’t like the right hand on the finish figure, it looks as so the astronaut hit himself with a hammer and the hand inside had swollen, I will probably remodel others hands later and cut the final one away. A little watch was put on the left arm. 3 hoses were install on the left of the stomach, and 2 on the right going all around to the life support pack. At this step I've put everything in the oven for a final curing.